Founder
Mr. Foster was born in Washington, D.C., on January 13, 1922, and moved to Palm Beach County, Florida in 1926.  During World War II he served as a Captain in the U. S. Army in the Counter Intelligence Corps. After the war, he received his Bachelor of Arts Degree from Emory University and his law degree from Stetson University in 1949. He began practicing law in Palm Beach County in 1950. He was admitted to practice law in all Florida Courts, the U.S. District Court for the Southern District of Florida, the 5th Circuit Court of Appeals and the Supreme Court of the United States. 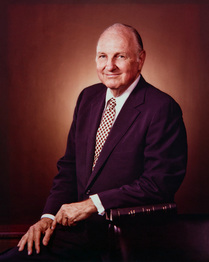 In 1967, Mr. Foster left the firm of Caldwell, Pacetti, Foster & Barrow to form his own firm. That firm is now known as Foster & Fuchs, P.A.

Mr. Foster passed away on Saturday, September 5, 1998, but the attorneys and staff at Foster & Fuchs,
P. A. carry on the legacy established by our founder, mentor and friend.

We will respond to your inquiry in a timely fashion. Thank you.